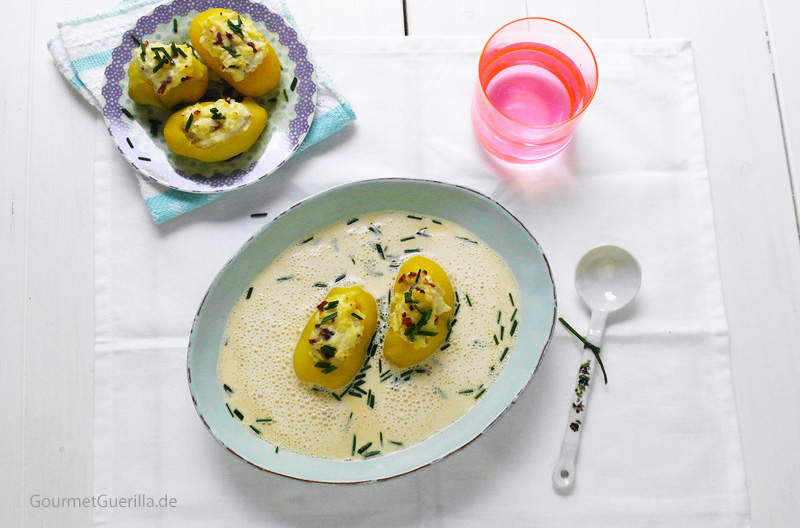 Horseradish? In a soup? Before you think about that certain swab on bad half salmon sandwiches and shake your head right away - HAAAALT! Give the thing a chance. This soup was my absolute weekend success.

At first the man was a bit ... scared. "What's up today?" - "Horseradish soup." No, the man does not like such dialogues. The child could not imagine that underneath and so remained so evenly. When we all sat together around the table, placing the filled potatoes neatly in the plate and tasting the first spoonful of soup, the man then escaped a liberated "Oh, that's really delicious!" And the child has also eaten it all. In addition, I had to promise something to the little soup kasper: I should write to the people out there that this is a very tasty soup and that they should do it for your children as well. Only without the green on top. The Promise is hereby fulfilled.

Do you need to know something else? Maybe, how it works. Then it's your turn: 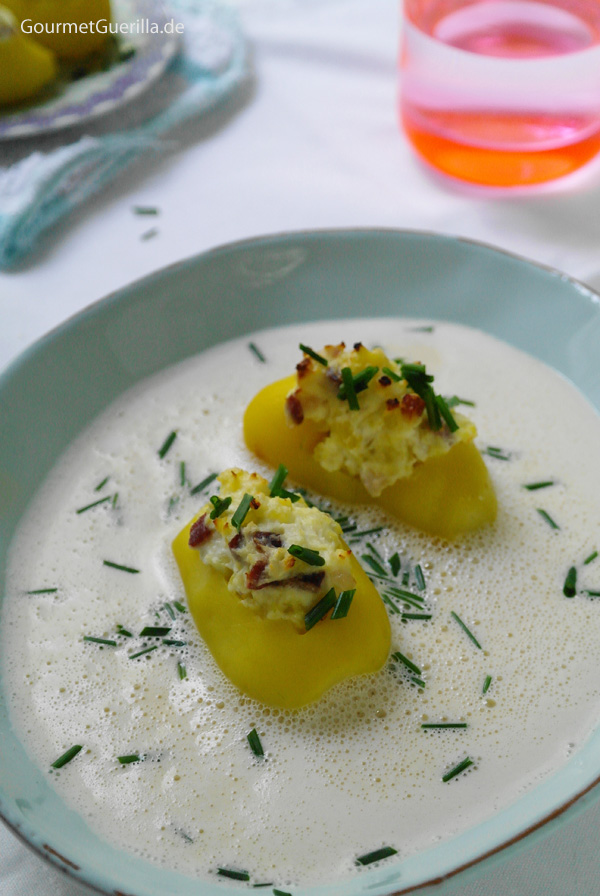 As exciting Inlaid potatoes are pre-cooked, hearty stuffed with quark, shallots and bacon and then baked in the oven. That was the time-consuming part of the recipe. 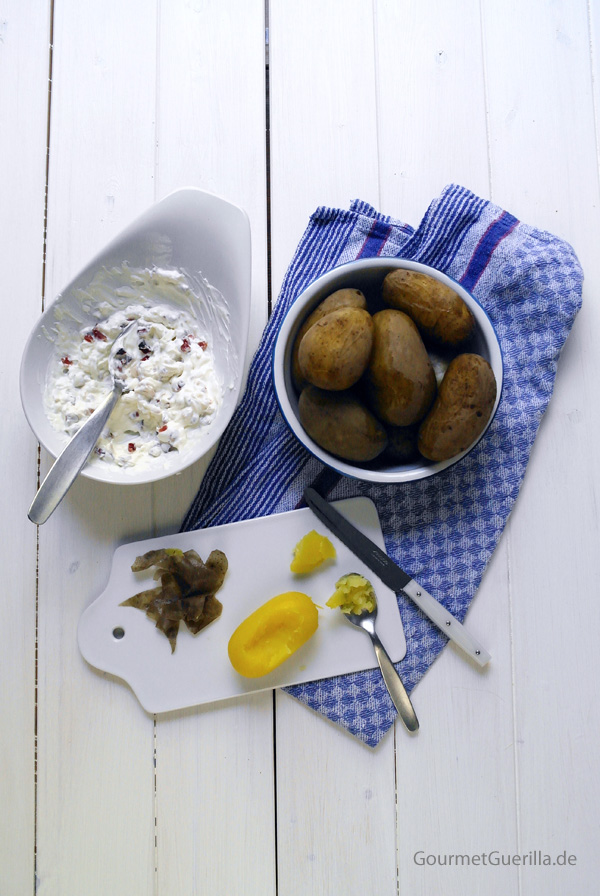 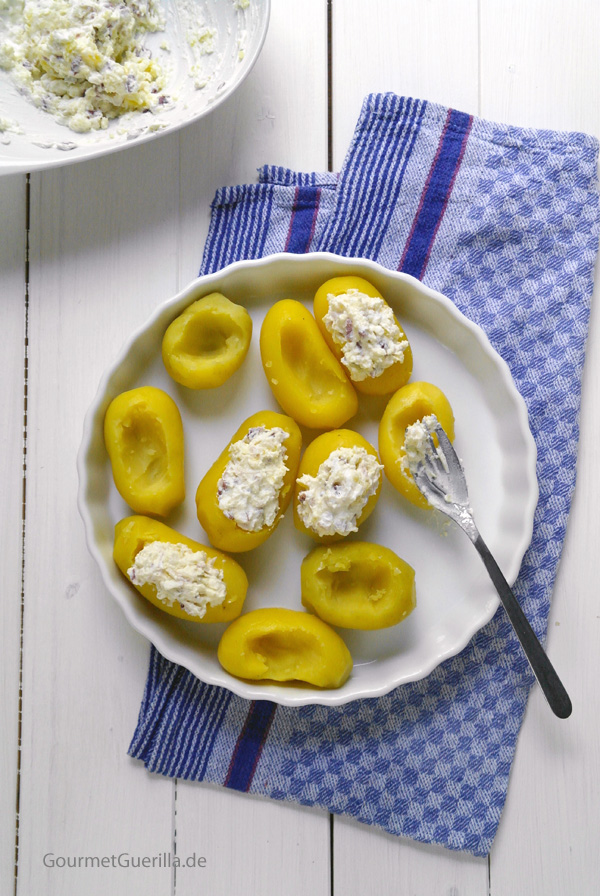 The soup goes lightning fast: Strong broth is refined with cream and freshly grated horseradish once boiled up. Then just keep the blender clean, season to taste and you have a delicious soup with frothy. The horseradish is wonderfully mild and spicy in the soup, the sharpness is surprisingly completely lost. 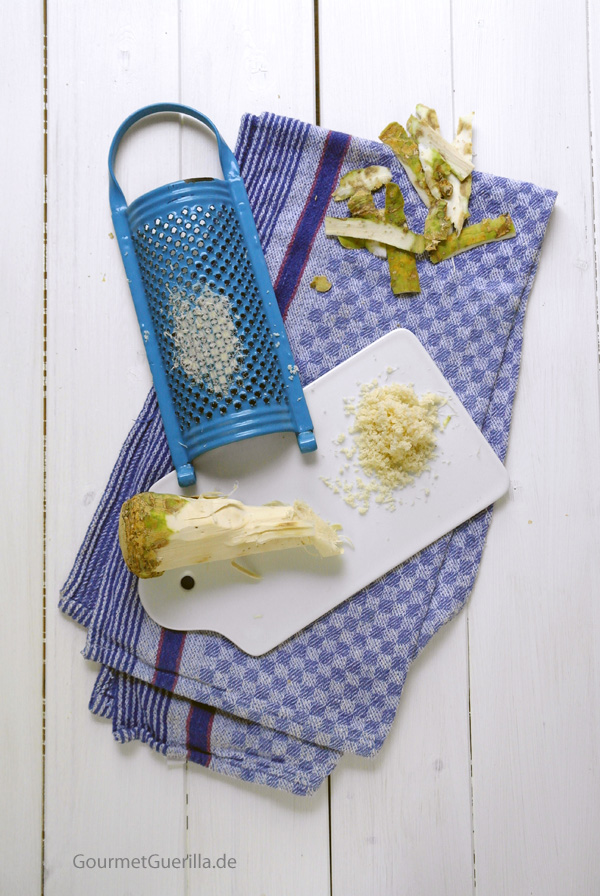 Fill the soup in preheated plates and put the potatoes in it. Sprinkle with fresh chives. On hot days, the soup also tastes lukewarm quite wonderful. In the winter you serve them best. 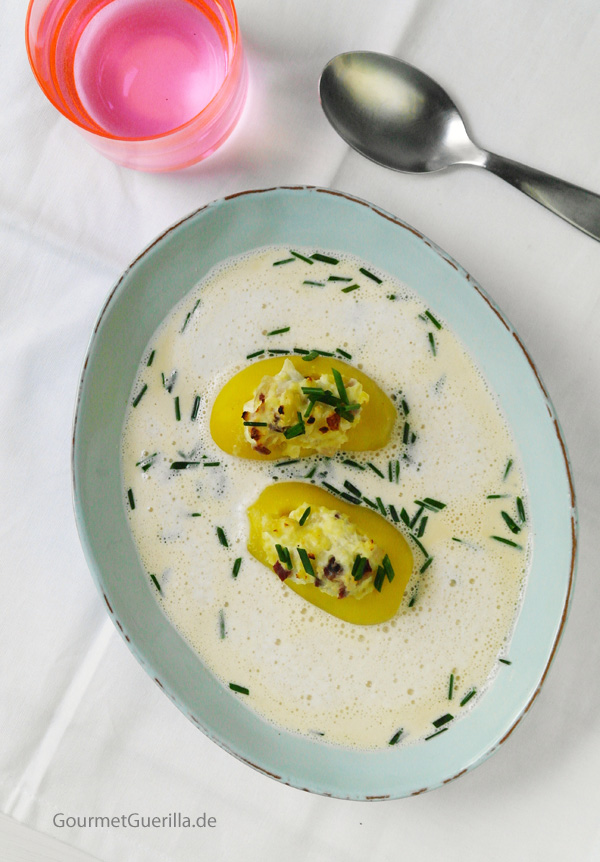 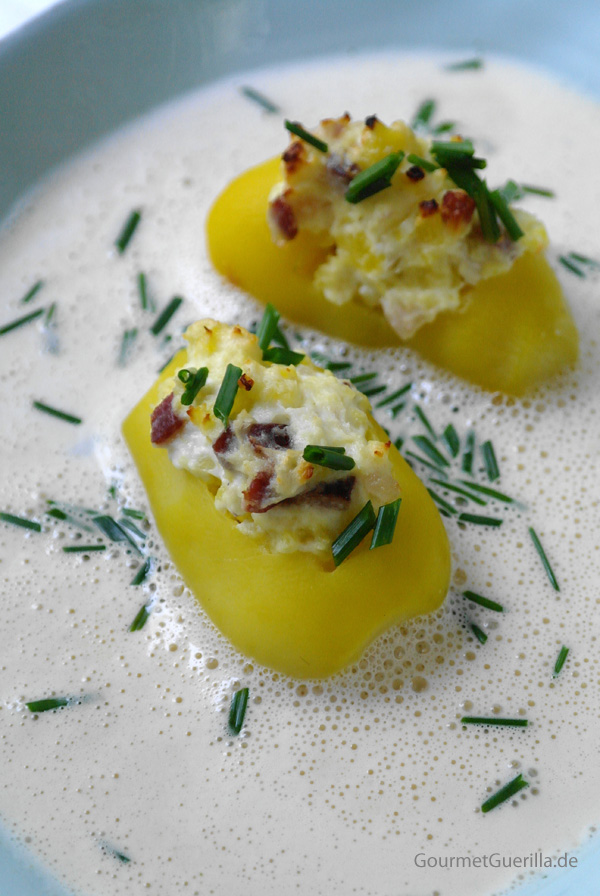 The recipe for 4 persons:

Per person 3-4 small potatoes (ie 12 - 16 in total) cook gently with the shell. Shake in cold water and peel. Hollow out something with a spiked teaspoon. Put in an ovenproof mold. Preheat the oven to 200 degrees.

In the meantime, Boil up 750 ml of beef broth (for example from organic bouillon cubes). Add the rest of the cream (about 170 g) and 60 g freshly grated horseradish and bring to the boil briefly. Season with 1 pinch of salt and 1-2 teaspoons of balsamic vinegar .